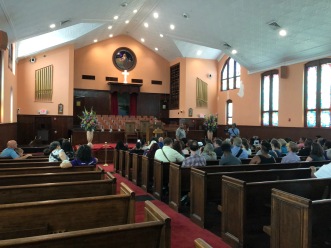 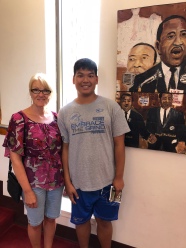 On the second day of our road trip Aaron and I visted the birth place of Martin Luther King Jr. and the area in Atlanta where he grew up.

His father was a Pastor at the Ebenezer Baptist Church. The community, though plagued by segregation, was vibrant.

Education was very much encouraged and the young Martin was an exceptional scholar gaining admission to Morehouse College at only 16.

We also visited the College and learned how so many of the young people who attended, including Martin himself, were inspired by Mahatma Gandhi. His principles of non-violent protest became the foundation on which the civil rights movement was built.

Blessing #37 – Wisdom from Generation to Generation.