PP is an abbreviation for many things one so obvious it needs no mention as most of us will have thought of it first!

Never did we dream so many PPs would be relevant to our journey back to Ohio.

Feeling triumphant with our vacation we picked up our car a good hour earlier than hoped.

The flight gave us some time to rest as well as good food and entertainment. So we were Pretty Perky when we belted in our Personal Protection and hit the road.

We didn’t get far!

Less than half an hour into our six hour journey as we were merging onto the interstate and approaching the toll booth we had an accident.

As far back as the eye could see the traffic was crawling down the Hill of Difficulty. As we approached we were confident the truck in the left lane was letting us in. We both saw it clearly. Alas we were mistaken. The driver didn’t see us so we entered into a diabolical Push & Pull situation. 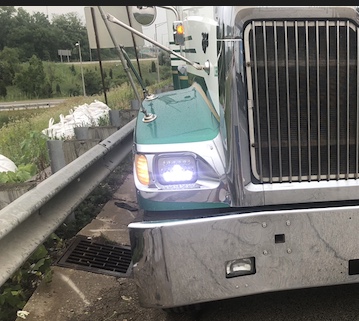 There is nothing to describe the noise except perhaps Puke Promoting. 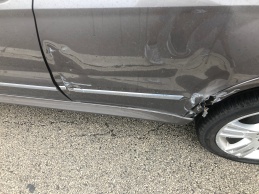 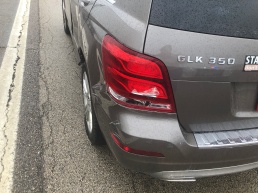 The Policeman Posted arrived really quickly. He was most kind and helpful but left no doubt that the merging party is responsible.

The officer made sure we were all OK took all the details, prepared paperwork and gave us copies of his report. He then went above and beyond the call of duty and stayed on until the AAA arrived. 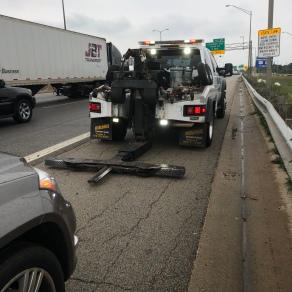 Part of our damage was a flat tire so we had to have that repaired before like all Pilgrims we made any further Progress on the Kings Highway.

After driving through torrential rain in the dark and feeling somewhat shaken we reached our Present Position of home base.

It was exactly twenty four hours since we  started off! Poor Pa was so anxious and worried but had Pepperoni Pizza ready for us.

Lessons learned. Don’t get too smug about your Perfect Plans until they are complete and you’ve entered through the wicket gate!

Now after very little sleep leading to horrible headache we have all the insurance investigation to do not to mention the repairs. What a sad end to a super summer!

But as my dear mother so often said it’s bad but it could have been worse!