When we lived in France there was a summer street fair in our village. They were selling all sorts of things from the standard cheese and wine to local crafts and antiques. I bought a plastic pink handbag!

It was a steal at one Euro and for me it’s better than any Gucci. It has become my trusted summer companion in the twelve years since. Krishna loathes it with a vengeance and each time I take it on vacation he groans and says « not that plastic thing again » 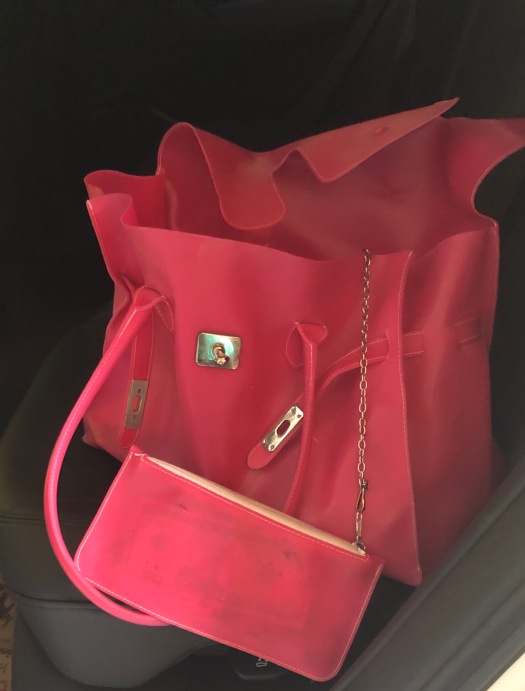 You see he does not understand, no matter how many times I explain, that this is ideal for anywhere near the water. It is deep as Pandora’s box and you can pile it full of books, magazines,  towels, sunscreen and so on and they won’t get wet. Better still it has a detachable purse that holds cell phones and cash safe and dry too.

Summer pool season comes to an end on Monday so Pinky is having her last days out before it’s time for hibernation.

Before that though was today’s last session of water aerobics. We started this class end of May as soon as the pool opened and have been working out for an hour twice a week every since.

We had such fun with our instructor who is hilarious as well as driving us hard to burn the calories and build up the muscles.

Today in addition to our cardio and isolation we played around like big kids and had some games and prizes. 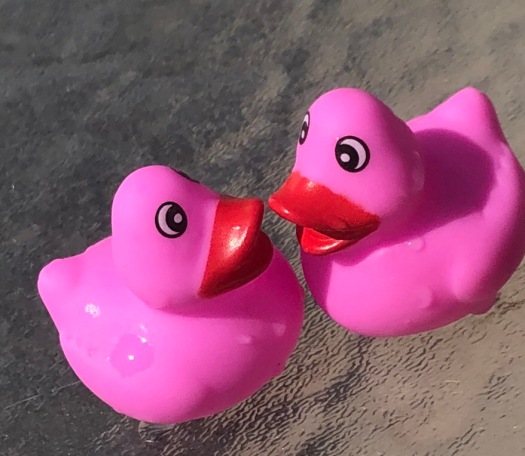 In addition to winning a pack of pistachios two little plastic ducks came home too!

PINK would you believe and matching so well with their new nest it’s like they were made for each other.