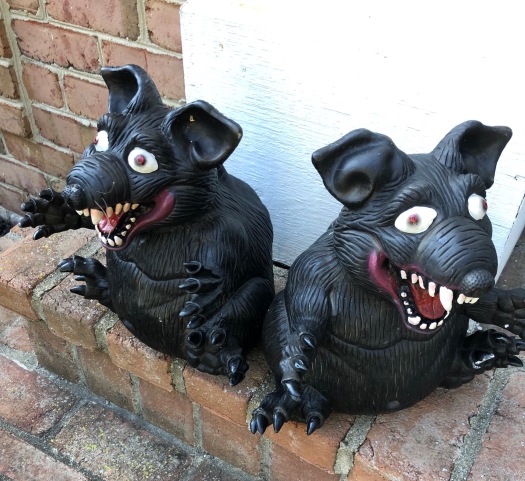 Being another fine day it was a good occasion to put up the outdoor Halloween decorations.

They live in the garage on a shelf surrounded by a lot of other clutter mostly of the Christmas kind.

if your garage is anything like ours then you can picture the scene that you need rock climbing gear to access such areas as they are surrounded by bikes, buckets, brushes and boxes bulging with junk of bewildering bounty. 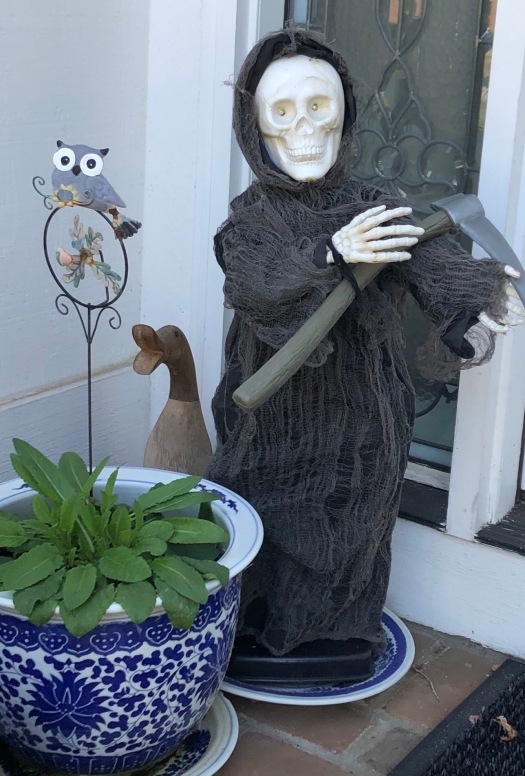 Down came the witches broom, a few skeletons some roses dripping in blood and the scary moaning deadly reaper before I got to my favorite two squishy plastic rats and the big light up sign that reads what else but BOO! 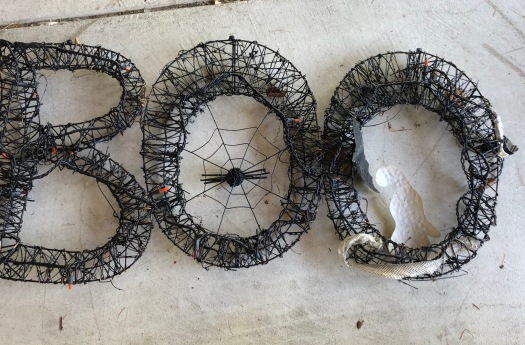 Well that was where I uncovered an unexpected gift of the sort that would make the best of you scream. 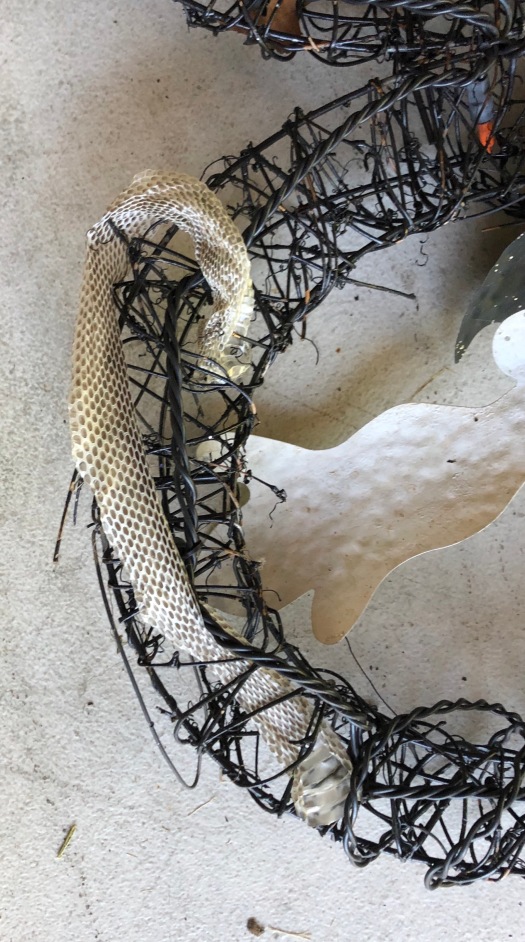 Wrapped around the BOO was part of a snake skin. Now don’t get me wrong not the sort that shoes and purses are made from. Oh dear me no this was the real McCoy. A skin that some rather large creepy critter had left for just for us.

Once the BOO was on the ground and Krishna was called to look out lest I get fanged a few more skeletons were dragged from the shelf. It was then that the full extent of the scale of the beast became apparent. This thing must be six feet long.

Way back at the beginning of the summer Aaron had said he’d seen a snake in the garage but we never could find it. 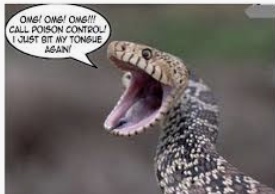 Let’s hope it is long gone and hasn’t taken up residence or worse still had a family!

So ironic that it choose the Halloween decor though to leave it’s trace.