This afternoon while we were watching the big football game between Ohio State and arch rivals Michigan I was working on the agenda for an upcoming meeting.

I’d just inserted the agenda into a covering email when Scooby took a mad leap up beside me, smacked into my iPhone and off went the half baked message to twenty people.

We’ve all heard excuses that dogs chewed up bills or homework but it’s only with the arrival of smart phones that we can honestly say my dog hit the send button not me! He really is on the ball!

Once the corrected version was sent and the game was over we went for a little walk. The rain came on so it was short lived and as always we stopped at the mail box on the way into the house. 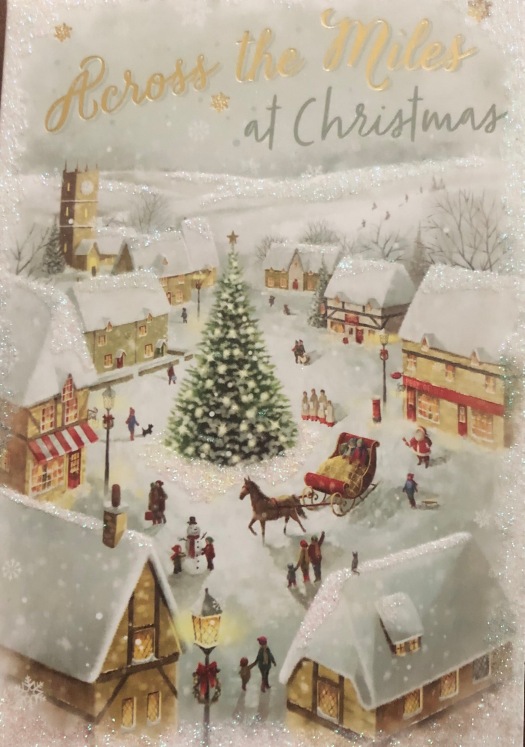 A Christmas card had arrived from my cousin Marty. It was clearly one she had specially chosen for us and very much appreciated.

The very first Christmas Card was made in 1843 by Sir Henry Cole who had helped set up the Post Office in the UK. In the first year only one thousand cards were produced and sent. Can you imagine getting one? They were quite expensive at the time but if you had one now it would be worth a fortune.

My Mum loved getting Christmas Cards especially from people she’d gone to school with or family members who lived miles away that she rarely saw. 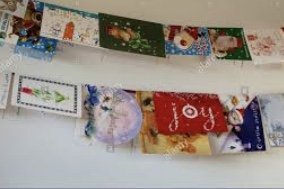 They were displayed all around the living room on strings of ribbon pinned to the wall. Each year she’d count them always hoping the number was greater than the previous one. She’d also make a note of any greetings that had come from new senders so she wouldn’t forget to reciprocate.

Today it’s so easy to send messages on Facebook or by email but those personal touches like the one from my cousin today mean a lot. Maybe time to get writing again!