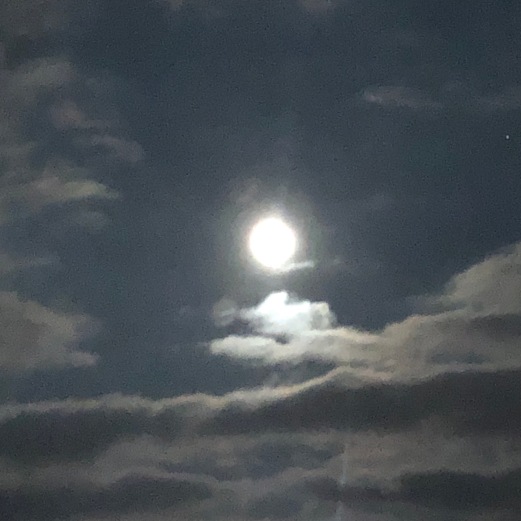 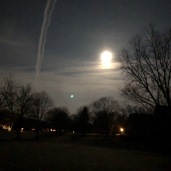 The full moon that greeted Scooby and me at 6:00 am was beautiful. It was so bright you could see the frost twinkle on the ground. It’s so hard to capture even though it was really very clear.

Don’t ask me why but it made me think of moonlight sonata. None of us play piano and its not a piece of music that’s ever on in our home so why it crossed my mind is a mystery. Maybe it’s Scoobys’ favorite.

Krishna and I we’re going to a lunch party at 12:00 so after ZUMBA I thought I’d get the mixer humming once more and make mini cranberry Christmas cakes before we left.

Now my mixer is to scale with my baking skills. It’s tiny, one of those little hand held babies. Like babies it shouldn’t be left unattended which is of course what I did.

Mixing eggs and sugar for six minutes is called for so being pressed for time when I went to get the flour I’d propped it up on the side of the toaster, along the lines of the simulation above that you should never follow. It definitely wasn’t  moonlight sonata we heard as the instrument took off across the kitchen more like Grandma got run over by a Reindeer! 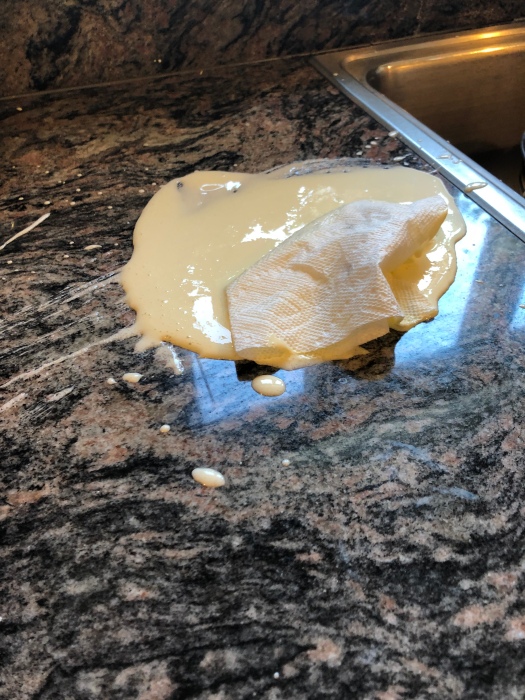 A quarter of the mix ended up on the counter and a fair amount splattered over the wall. Talk about more haste less speed!

Oh well onwards and upwards in went another egg and another cup of sugar and we were singing again.

The texture I’d say is rather special but the appearance is festive so we’ll pretend this is how they were meant to be. Henceforth they shall be called cranberry crunchiest!