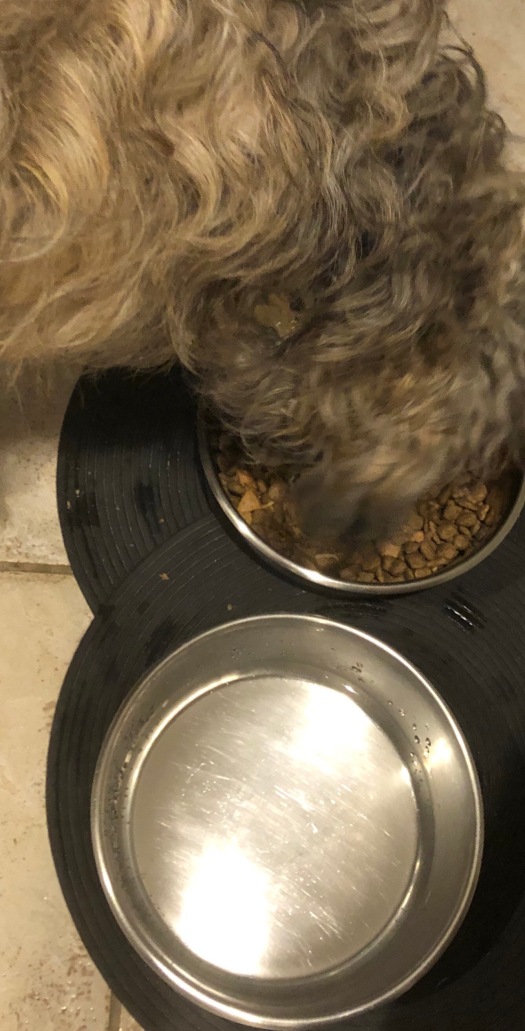 Scooby has gained ten pounds since he came home in September. That’s more than a third of his original body weight. He’s far from fat and he has grown taller so it must be mostly muscle.

Food now comes way after exercise, sleep and play on his priority list. When he first arrived he’d wolf down everything now he has days when he can happily just nibble.

Yesterday he ate well and his bowl of kibble was empty this morning. When I gave him his breakfast he took a sniff and a couple of his crunchies and that was that.

He had his morning walk, a good car ride and a little snooze but still wasn’t interested in eating even after his long walk this afternoon. 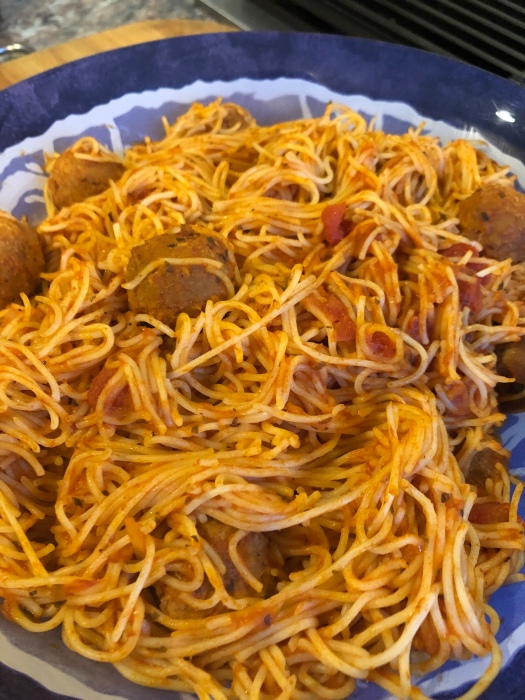 We’re having spaghetti and meatballs as Aaron needed something fast before leaving for work. As always Krishna insists Scooby gets his share. 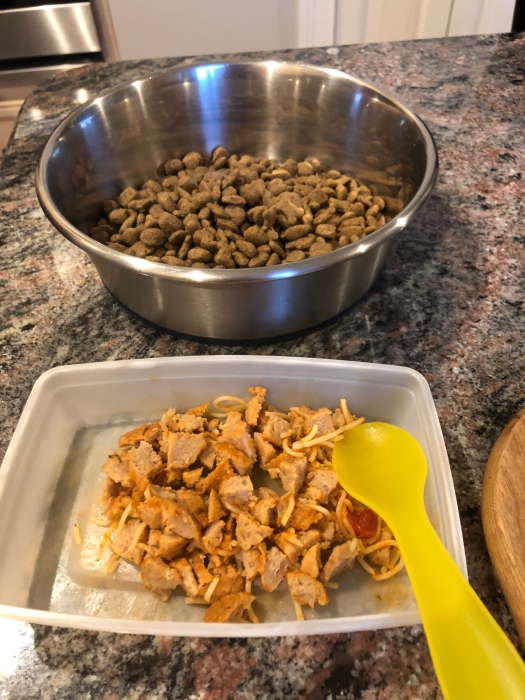 His three meatballs were chopped fine and mixed with his crunchies but he did what he often does just took the good bits and left the rest. 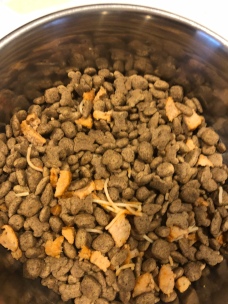 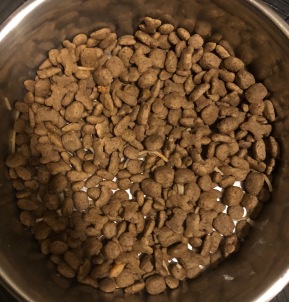 Now after a little more playtime he’s having another snooze.

Such behavior would be totally unacceptable in human society but just imagine for one moment it wasn’t. 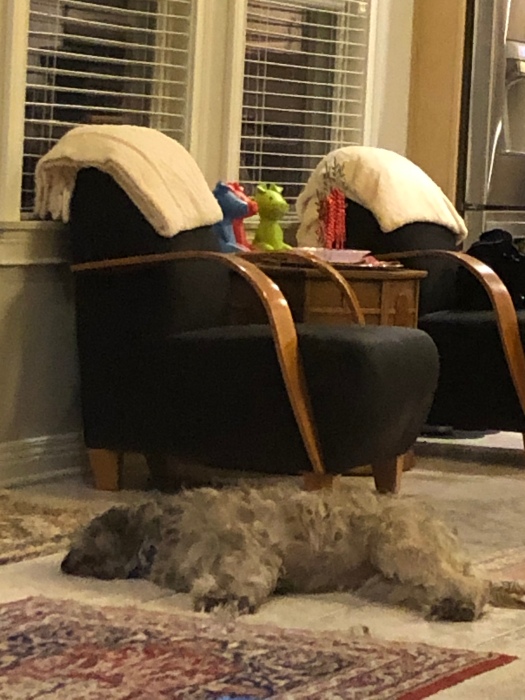 How many of us are clearing our plates because we’re polite rather than hungry?

How many of us just want the sausage but eat the hotdog bun as well?

Who among us stays awake by eating when we really want a little sleep?

Mind you if you were eating the same thing day after day with only the odd treat thrown in you might be a bit more picky.

Or if you were truly hungry like our dear fluffball once was you’d be only too pleased to tuck in.