It’s very refreshing in this beautiful weather to see so much play going on. Don’t get me wrong, I’ll never say a bad word about the internet and social media again but it’s hard to beat the outdoors. 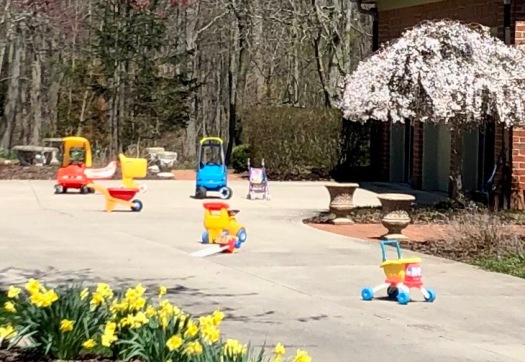 Today Scooby and I came across a lot of little kids running around in their family groups and a lot of evidence of fun underway in driveways too. 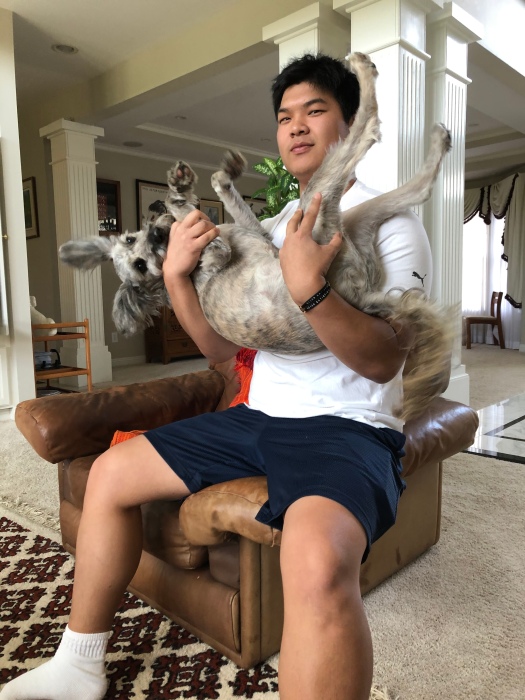 Aaron is trying his best to keep active too. He’s just in from a good ten mile bike ride and is doing some weight lifting. Scooby is such a versatile trainer!

Yesterday he put up his tent in the back years and would love to light a campfire too. That was scuppered so he took to the stove instead.

Some decent soda bread was made for lunch with fried eggs and then breaded chicken tenders for dinner were made from scratch.