I knew from the look on her face this morning when it started to snow at the park that today was destined for dormitory doom.

Sure enough she tore back to home  base at lighting speed grumbling all the long that she was sick of being cold and had had enough of this blasted winter and we’ve been stuck here ever since.

Mercy that it’s the bro’s day off so at least I have a third person to torture to play games with me.

There’s no point even looking out the window for barking opportunities as no one else is out. So, in between shredding rope and taking naps I’m just prowling the palace and pretending to be a cat.

Maybe I’ll hack up a furball just to get some more attention.

The Father has been giving the Mother instructions on how to make his special fish curry. It didn’t look hard at all. I watched from my kitchen throne and listened carefully. 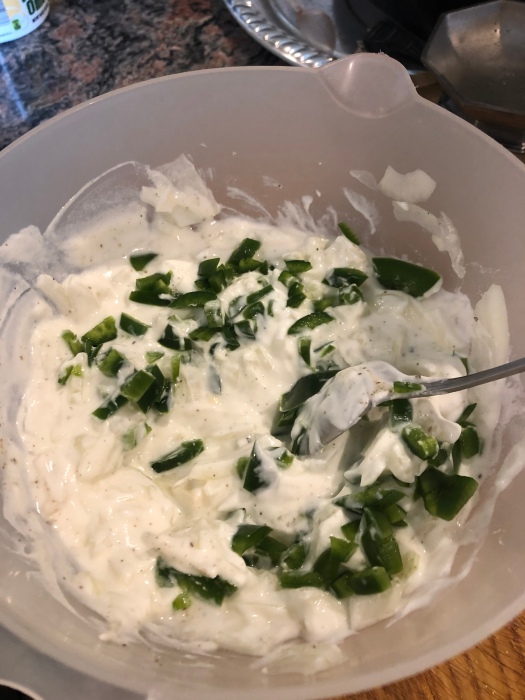 For the sauce two cups of yogurt and one cup of coconut milk were mixed up. Into this one finely chopped large onion, three table spoons of desiccated coconut and one big chili were added followed by his magic mix.

Its a family formula but I’ll tell you what’s in it since you are my pals. You need a teaspoon each of turmeric powder, coriander and cumin powder, cumin powder (again), fenugreek powder, madras curry powder, ginger and garlic paste, a tablespoon of tomato ketchup and a good pince of salt. This is all mixed into the sauce.

Himself tasted this and declared it needed more cumin so in went another half teaspoon of that before he gave the thumbs up! You then take a big dish and cover the bottom of it with about a third of this saucy stuff. Pat your fish filets dry and put these on top. Then you sprinkle the fish with paprika and then top it with the rest of the sauce and more paprika and stick it in the fridge and wait! 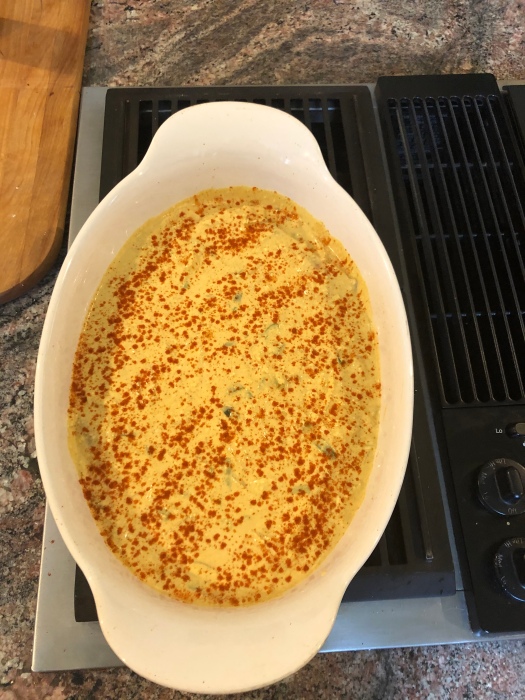 Its been in there for about five hours now and is going to be baked in the oven soon for 45minutes, topped with fresh coriander and served with rice.

I’m extremely hopeful that given the overload of fishiness I’ve had to suffer in the cause of bringing you this banter I’ll be able to report on the finished product tomorrow. If you don’t hear from me I’ve left for another pack!