The taste of the road trip was still lingering today so Ma suggested we all go on a little one as there were no parades or pool or usual Memorial Day things to do. Herself decided we’d go a place with a funny name that she’d often seen but never been Mount Gilead!

When the bro surfaced we took off with him driving while I sat in the back with Dad. That’s not an ideal spot as Dad is grumpy and doesn’t let me ride shot gun like the other two do. He kept tugging me and making me sit still. Grumpiness can rub off on you. While I felt like it I restrained myself from taking a chunk out of him.

We saw the usually Ohio countryside things like big red barns and had a few surprises too. This included finding two fields full of these funny red flowers growing among ragweed.

We had no idea what they were but did some research and discovered they are Crimson Clover! Very pretty indeed. Would have liked to romp around in that field for a while but alas no on we went to Galion.

This is another one of those seen the signs but never visited places. Ma says she’ll have to make a trip back when things open up. For now after a Big Mac menu for the bro with a few fries thank you for me it was time to head home. 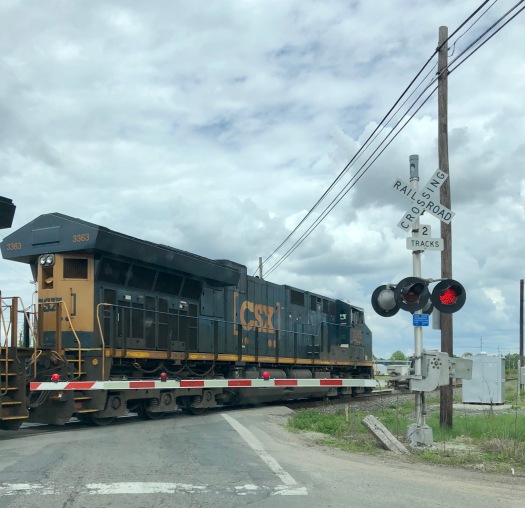 We had a long wait for a mile long train to pass during which Ma took a few more snaps! 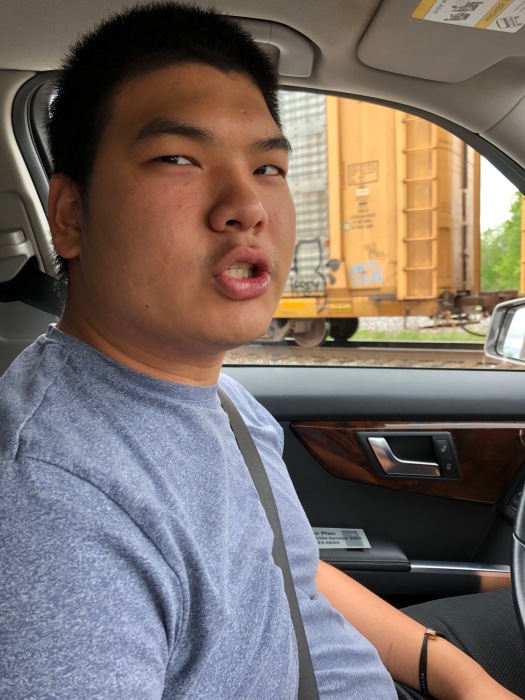 Until that is the bro told her in no uncertain terms to STOP! Talk about level crossing! Not level at all these men of hers just CROSS! She’s so lucky to have me!!!!