So much for Staghorn Sumac being deer resistant. Aaron’s tree is but a shadow of its former shelf. Ma was furious when she saw it this morning. Nothing for it but to put it behind a fence.

The bro has moved many times in his short life. It seems his tree might too. It’s now on the patio and we hope it will recover from that savage attack.

She contemplated planting mint in its place as the deer still haven’t eaten that but thought it might go berserk as it has at the front door.

She can’t say enough good things about mint and finds it very handy even as a foliage with a flower. It overpowers my poor nostrils a bit but I’ll endure for peace!

We decided since it was only 75C we’d weed. I got a nice little car ride to the garden center to get  mulch. We debated whether to buy another tree but decided not. 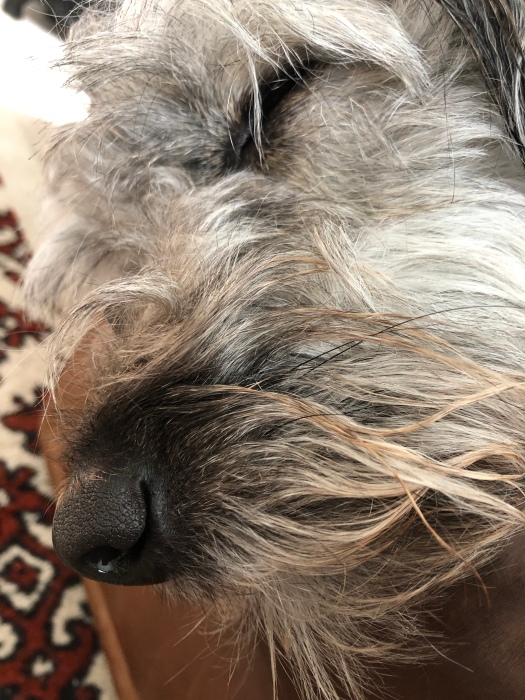 While Ma pulled out about a million dandelions and cut all the daffodils back I had a good snooze.

She has filled a bag the size of a young dumpster. It worked off her frustration though so now she’s  chuffed it will mean plain sailing for us all this evening. Walkies!!